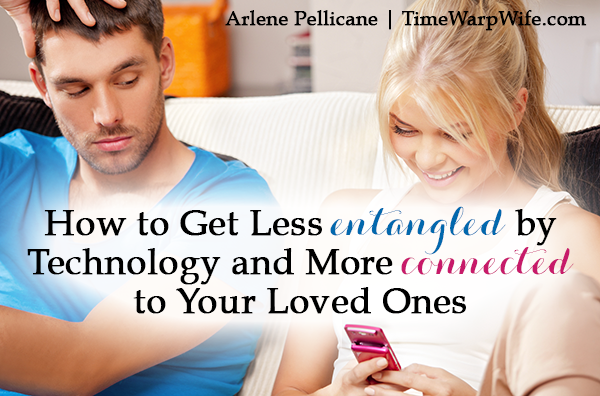 I will always remember the dad that came up to me after I spoke about screens and teens at a youth conference.

What had begun as a positive use of Twitter to stay in touch with her friends had turned into an obsession.  This wife had started using Twitter to encourage women at church, tweeting short verses or prayers to women in need.

But now, his wife was constantly scanning her Twitter feed, even on date nights.  She had earned the nickname “Twitter Queen” from her husband’s friends because she was constantly using her phone in her spare time.

This husband didn’t know what to do.

He said, “She such a great wife in every other way.  But I’ve talked to her about this but she doesn’t stop.  I don’t want to nag her about it, but it drives me crazy when we’re driving in the car and she’s on her phone.”

This husband is probably not alone in his frustration.  Many times in a marriage, one spouse uses technology more than the other.  We can be glued to our phones while we’re walking from the car to the store.  At home, it’s easy to face a screen and get lost in it.  We’re busy checking emails, social media, stock prices, news, and text messages.  Headlines grab our attention and curiosity while our spouse and children sometimes go unnoticed.

No one wants to compete with a screen to get a loved one’s attention.

If you tend to be the one catching up on texts, emails and social media instead of simply being completely present with your husband or kids, here are a few ideas to get less entangled by technology and more connected to your loved ones:

When your phone beeps, don’t pick it up immediately.  I know you’re curious about what that text says, but practice that self discipline of waiting.  Restrain yourself from responding to everything that comes across your phone in a rushed manner.  Pick up your phone 15 minutes later to check.  That text or email will still be there.

Practice a digital Sabbath.  The fourth commandment in Exodus 20:8 is, “Remember the Sabbath day by keeping it holy.  Six days you shall labor and do all your work, but the seventh day is a Sabbath to the Lord your God.”  The Lord knew we would need a constant time each week to rest, reflect, and to be renewed.  For many people, unplugging from the digital world once a week to be refreshed would do a great deal of good.

No screens at mealtimes.  Instead of eating food under the glow of the television or being interrupted by phone calls, use mealtimes for conversation.  Get in the habit of putting your phones away at meals.  That way, you will not be that family in the restaurant who is sitting around the table, each family member looking down at his or her phone or tablet.

Set a timer when you use social media.  Recently, I was on a radio show about my new book with Gary Chapman, Growing Up Social: Raising Relational Kids in a Screen-Driven World.  A husband called in to say how he began checking his Facebook page and then 3 hours later, he realized he hadn’t moved out of his chair!  The time can get away from us, can’t it?  Try setting a timer for 15 minutes or 30 minutes.  This will help you realize how much time you are actually spending on social media.  Be intentional about how much time you will spend each day with social media.

Remember the husband who was frustrated about his Twitter Queen wife?  I don’t know what has happened to them.  I don’t know if she has been able to curb her appetite for Twitter and look her husband straight in the eyes during date night.  But I hope she has.

We can change.  If we realize technology is encroaching on our ability to be fully present as a wife, as a mom, we can change.

Here’s a short video my family and I did to illustrate what that change may look like.

Subscribers, please click through to the blog to view this video. 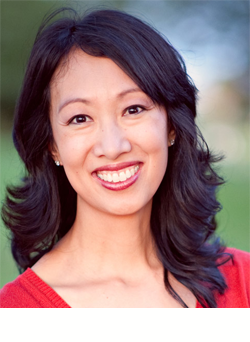 Arlene Pellicane is a speaker and author of 31 Days to Becoming a Happy Wife and 31 Days to a Happy Husband. She is currently writing a book with Dr. Gary Chapman (The 5 Love Languages) titled Growing Up Social: Raising Relational Kids in a Screen-Driven World (September 2014). She and her husband James live in Southern California with their three children. Arlene loves to encourage women in their journey to create happy homes that honor Christ. She has been featured on FamilyLife Today, K-LOVE, The 700 Club, Turning Point with Dr. David Jeremiah, and Home Made Simple on TLC. For free resources and more, visit ArlenePellicane.com.