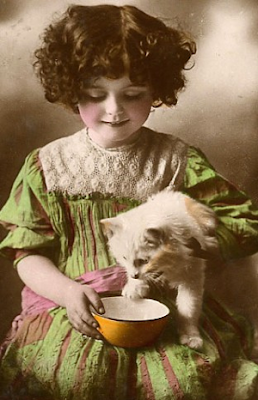 This past week it came to my attention that Amazon was selling an ebook for Kindle titled, “The Pedophile’s Guide to Love and Pleasure.” And if your imagination leads you to envision the worst, take it a step further, and you’ve got the picture. This book, written by Phillip R. Greaves II was a how-to book, written by a man who described himself as one who was first introduced to sex “at the tender age of seven, by a ten-year-old girl, who had watched her parents doing it through a keyhole.”

Reading an excerpt of the book, I was shaken to the core. Not only was this author making money off of what I deem as the lowest of criminal and immoral activity, he was instructing others to do the same.

Among thousands of readers—and many of my fellow sisters in Christ–I was one small voice in the crowd who took a stand against Amazon. I was ashamed of them, and unless Amazon changes their stand on this issue, I continue to be.

I went to Twitter to make my voice known, called my local radio station and posted the situation on Facebook. My voice wasn’t much, but together thousands of voices were. Amazon pulled the book, but has not made a public statement. They have defended similar books in the past saying that it was an issue of freedom of expression and choice. Why does that word “choice” always protect the perpetrator without considering the rights of the weak? Who protects their rights?

Because I believe that we need to stand up and protect our children, I would like to share this letter with you that I received this past week:

When will people understand that “inaction and silence” is tantamount to “complicity?” No matter how big or how small the injustice is. Whether it’s a “legal crime” or a “moral and ethical crime,” to say nothing–and to do nothing–makes you a silent partner to the crime itself. The “safe silent majority” infuriate me! Cruelty and injustice incenses me. People who “live a lie” light a fire in my heart.

I am glad that you had the conviction to speak out against something so horrible!

The “story” of this “book” is not “over,” it has only begun. Because thousands of pebbles were thrown into a pond, the ripples of those pebbles will go on for years. I am left wondering how many children’s lives will forever be altered because of the copies that were released.

When I was 4 or 5 years old, a “kind man” in his 50’s–wearing only “camouflage” gear and driving a van painted with brown primer, with no windows, stopped on my street while I was playing ball and offered me a popsicle if I went for a drive with him. My mother had never warned me about “strangers,” and so I truly thought he was just a “kind old man” who wanted to take me for a ride in his van and give me a Popsicle.

I remember looking at him and putting my hands on my hips while saying “Well–what flavor?” I also remember the stunned look on his face as he held it sideways to read the “flavor.”

“Chocolate” he said. Being only 4 or 5 years old–and being a definite connoisseur of popsicles–I didn’t know much, but I did KNOW that “chocolate” was the one flavor of popsicle that I HATED! And so I thanked him and said, “No that’s ok, thanks anyways.” Then I went back into the backyard to continue playing ball.

I never told anyone about the “nice old man” who offered me a ride and a chocolate Popsicle. And it wasn’t until I was almost 30-years-old when I remembered that incident and I realized what I had narrowly escaped from. I would not be here today had he said “Grape” or “Cherry.”

Between the “Camouflage Gear” that he was dressed in, the van painted “primer brown,” with no windows except the front ones, and his being “armed” with a chocolate Popsicle, there is no doubt in my mind that had I said “yes,” I would have been raped and murdered, and left somewhere in a forest or far off secluded location to rot. He would not have been able to “return” me to play ball in my backyard. And that’s where my story would have ended, if not for the wrong flavor of a Popsicle. It’s that thought that still haunts me today…

The bottom line is that the true story of this book is not over, it has only begun. How many “predators” will get a true education from that book? How many little lives will be altered or ended because another “predator” has received an education? To me, that is where this story really begins.

I’m glad that you are one of the few people left with any degree of true “conviction” – it takes a lot of guts not to be “silent,” and to speak out against things that are inherently wrong, whether they affect your life or not.

Print
« A Letter from Sunny
The Lord is Near »