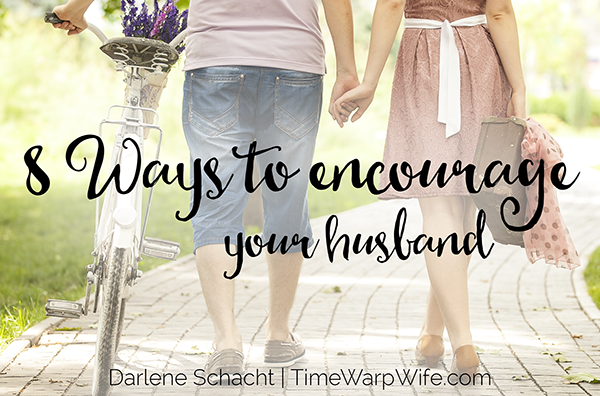 Darkness enveloped the sky drawing its curtain around us, while the rumble of thunder composed a symphony of sound that was carried by on the wings of the wind.

It was only 8 pm, but Michael was fast asleep. Stretched out on his recliner by the window he dozed off while two little puppies wrestled under his chair.

The steady tip-tapping of rain made me want to curl up beside him and fall asleep too, but I had some dishes that needed to be cleared away and some laundry to do for the morning.

I wasn’t surprised to see him sleeping like that. I knew he’d be exhausted after the crazy week he just had. Working overtime every night, he was struggling to catch up at work.

And the weekend? It wasn’t much better. Since he’s been at the shop so much lately, the honey-do list was long and he was determined to get it all done.

He’s a hard worker, there’s no doubt about that. And weeks like this remind me of just how hard he pushes himself when the going gets tough.

There’s a lot of weight on that man’s shoulders. In fact I can say that about most husbands I know. Even when they aren’t facing deadlines at work, they are dealing with the spiritual and financial responsibilities that come with leading a family.

While many of them appear to have everything under control, most of our husbands would not only appreciate encouragement from us, they would benefit from it.

In fact I often receive comments from men who are saying this exact thing. They’re feeling like losers and they need their wives to remind them they’re not.

Here are a few:

My wife and I just went to a relationships seminar. It’s been life changing to have my wife praise me. Did you know that most men feel like they’re a failure? Going to lose their job–even if they have a great job? I feel like I’m one big mistake away from losing my job. Yet my bosses think I’m great, and often praise me. I feel like some teacher from my past will show up and tell me, “How did you get that job? You’re not good enough.” – a husband

It’s hard enough when things are going well, but right now my business is in the toilet, and my wife had to go back to work. Guess how she feels about things right now? A compliment is the last thing on her mind with a loser husband in the house. – a husband

I won’t say too much because it will seem like I’m complaining; but six years after she took away the complements, the kisses, the cuddling, and the sex, the only thing that’s left is a cold couch and resentment. It’s difficult to raise Godly boys that way. – a husband

Hearing these comments are eye opening, but at the same time they’re heart-breaking. These guys aren’t asking for much. All they want is a little support and encouragement. They need someone to tell them that they aren’t the losers that the media would have us believe that they are. They are more than slobs taking up room on our couch. They are men of value created in the image of God.

I think we can do that, right ladies? I know that we can encourage these men and remind them that they too are loved by an almighty God. Let’s look at 8 ways to do that:

1. Pray for him. Take time out every day to pray for your husband. You can even ask him if there’s anything he wants you to pray about, and let him know that you’re praying. There’s nothing more encouraging than knowing that someone is praying you through a situation.

2. Point out his qualities. A man’s qualities run deeper than the surface work that we see. Whether he has had a productive day or he’s kicking back and relaxing, he possesses certain qualities that make him unique. Some of Michael’s qualities are that he’s a giving person. He’s a good listener. He’s hungry for the Word of God. He’s a man of grace. He’s sensitive. etc. Encourage your husband by affirming his character.

3. Tell him that he’s doing a great job. Let him know that you appreciate what he does for the family.

4. Don’t take his gifts of love for granted. If he does things around the house, thank him. My husband has thanked me for cleaning up every time I do, which means that he’s probably thanked me about  8,670 times. Yes, he thanks me daily. *smile*

5. Listen to him. Take time to listen to him about his day and hear what he’s saying. Sometimes Michael will say to me, “I’m sorry to unload on you, but there’s no one else I can talk to about this…” That makes me wonder how many men out there feel the same way. Do they have someone they can talk to about work issues? Hopefully you will be there to listen and encourage.

6. Share his burden. Offer to help him out when he’s having a busy week. Is there anything you can do to pitch in? Maybe take on a chore you don’t normally do? If so he might appreciate the help and the company.

7. Don’t be the nag who rains on his parade–be the smile that brightens his day. If women didn’t have a tendency to nag like we do, the Bible wouldn’t reference it as often as it does. Unfortunately it can become a bad habit if we don’t learn to control our tongue. Joy on the other hand is encouraging and contagious. Work on keeping a positive attitude not only for yourself, but for the good of your family.

8. Don’t expect him to be your savior. Your husband isn’t Jesus, therefore he isn’t perfect, he can’t read your mind, he will disappoint you at times, and he doesn’t have the patience of Job. He’s simply a man growing in grace and learning to lead. Praise God for the husband you have, imperfections and all.