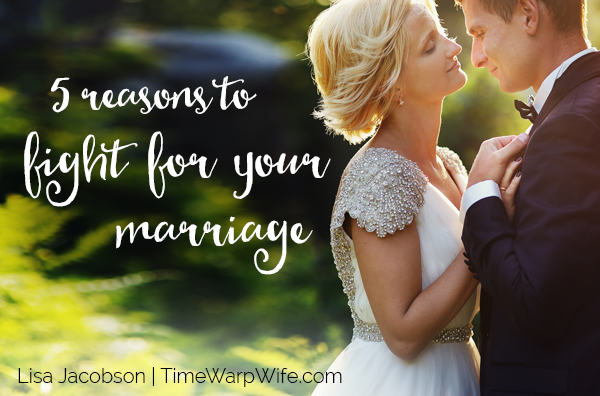 A somewhat surprising number, isn’t it?
Rather amazing. That’s how many times I’ve calculated we’ve held hands. Over 10,000 times. My slim hand tucked into his large, strong one. Our fingers entwined and my wedding ring tucked in between. Perhaps the fact that we’ve been married for 20 years may help account for this impressive number.
But then again…maybe it doesn’t explain a thing.
You should be shocked that we hold hands at all. You see, the odds were against us from the get-go.
Those two will wake up hating each other.
That’s what the pastor pronounced at our wedding ceremony. He really did. Now he didn’t say it publicly – merely mentioned it casually afterward to those standing nearby. In his professional opinion, we didn’t stand a chance.
Wake up hating?? Not exactly the blessing a new bride looks for on her wedding day. It would seem we were doomed. Declared incompatible from the very start.
Then oh! how I dreaded that day when we’d wake up hating each other. I’d always hoped we’d turn out the lights loving one another. And wake up just the same. Every day for the rest of our lives.
A few years went by and we looked on while many of our friends’ marriages fell apart. He and I lay next to each other in the dark, quietly praying and weeping for them. Our hearts breaking for their hearts – for theirs and for their children’s. It wasn’t how anyone ever wanted it.
And I wept a little from fear, too.  What would happen to us? Were we going to be next?
As if he could read my thoughts, he grasped my hand and whispered, “Let’s not do that, Babe. Let’s love each other instead.” That’s all he said. But I knew what he meant and I squeezed his hand back to let him know that he could count me in. We were going up against the odds.
Now here we are, twenty years later, and still holding hands. Still learning to love each other. Still determined to never grow cold or hateful toward the other. Yes, by God’s grace, I’m still reaching for his hand.
For All Those Who’re Going Against the Odds
A good marriage is possible. You can do this. Don’t let others tell you that you’re never going to make it. Maybe you can’t on your own, but with God’s help you can.

I can do all things through Christ who strengthens me (Phil. 4:13).

A good marriage is worth fighting for. Band together and recognize the real Enemy. This is a spiritual battle. It’s not about him and it’s not about you – it’s so much bigger than both of you. Fight hard for this one.For we do not wrestle against flesh and blood, but against principalities, against powers, against the rulers of the darkness of this age, against spiritual hosts of wickedness in the heavenly places (Eph.6:12).
A good marriage is worth loving him for.  Keep looking for ways to love him more. Don’t try to do it the world’s way, but seek to have a Christ-centered marriage.

And walk in love, as Christ also has loved us and given Himself for us, an offering and a sacrifice to God for a sweet-smelling aroma (Eph.5:2).
A good marriage is worth praying for.  If I had one “secret” to how we’ve overcome the odds? I’d say it was prayer. Marriage has dramatically increased – and improved – my prayer life. It’s changed him. And it’s changed me.

Be anxious for nothing, but in everything by prayer and supplication, with thanksgiving, let your requests be made known to God (Phil. 4:6).
A good marriage is worth staying together for. Those vows you exchanged meant something real.  You’ve been joined and the two of you are one – to live, love and walk with each other. Stick together.

“For this reason a man shall leave his father and mother and be joined to his wife, and the two shall become one flesh” (Eph.5:31).
So this morning I woke up loving him.  One more day in our favor. Each of us with a coffee cup in one hand and holding hands with the other. It made me wonder if we might just beat those odds after all. Thank you, Lord!
Here’s to holding hands another 10,000 times….and I hope the same for you. And even more.
In His grace,

Lisa is the happily-ever-after wife of Matt Jacobson, literary agent and writer, and together they enjoy raising 8 children. Please join her over at Club31Women, a blog for any wife, mother, or sister who is looking for Biblical encouragement and inspiration.
Visit: Club31Women.com
Find her on facebook: Club31Women
Share this post...