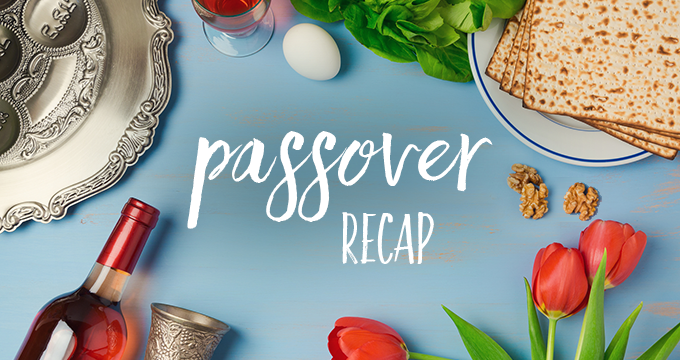 What other two feasts are connected with Passover?

What were the three items required in the original Passover ceremony?

In the modern observance of the Passover, what are the six items on the Seder plate? And what do these items represent?

Karpas (usually parsley or celery) & Salt Water- Commemorates their ancestors who shed tears during the years they were slaves in Egypt.

Lamb bone – The Lamb Who was slain for our sin

As they continued to celebrate the holy days after the time of Christ, the Messianic Jews understood that they were fulfilled by the Messiah, and so they began to add traditions to the feasts that continue to this very day.

The night when the angel of death passed over the homes marked by the blood of the lamb.

How is Jesus the fulfillment of this event according to the scriptures? See 1 Peter 1:19-20 and 1 Corinthians 5:7.

The blood of Christ was shed for mankind, saving us from the judgment of sin and death. The lamb in the story of Exodus was merely a shadow of that perfect lamb, and all who put their faith in His blood.

Every year, 4 days before Passover, the High priest would choose a lamb for the people of Israel. Thousands would gather to watch as an entourage of priests made their way from Herod’s temple, through the North gate, and outside the city. Lining Damascus street, the priests would wait for the return of the high priest.

When the high priest arrived, they would shout, “Hosanna to the Highest! Blessed is he who comes in the name of the Lord!” Thus signifying that the high priest had returned.

This great crowd that had gathered for the festival heard that Jesus was on His way to Jerusalem. They spread their coats on the ground, laid palm branches down for Him, and as He entered the city riding on a donkey, they shouted, “Hosanna to the Son of David! Blessed is he who comes in the name of the Lord! Hosanna in the highest heaven!”

What were the three feasts of the Lord that required a pilgrimage to Jerusalem? And which one is mentioned in Zechariah 14:16-19 that will take place during the Millennial Reign?

How many days would a Jewish household be required to take care of the lamb in their home? And what was the purpose of bringing the lamb into their home?

4 days. There were two reasons that the lamb was brought into the home. One was to inspect it to ensure that the lamb wasn’t ill or blemished in any way. The second reason is so that they would bond with the animal and come to understand the gravity of sin and sacrifice.

The high priest, the chief priests, the elders, and the teachers inspected Jesus, looking for evidence so that they could put him to death, but they did not find any. He was perfect in every way.

In Matthew 27:46-50 what took place? And what is the significance in relation to the Passover ceremony occurring at the temple that very same time?

Matthew 27:46 tells us that at about 3 o’clock in the afternoon, Jesus cried out in a loud voice and gave up His spirit. The significance of this timing is vital, as His death coincides with the sacrifice of the Passover lamb. According to the Jewish Encyclopedia, “The animal was slain on the eve of the Passover, on the afternoon of the 14th of Nisan, after the Tamid sacrifice had been killed, i.e., at three o’clock.”

What takes place in the preparation for the Passover meal? How does this relate to a believer’s life?

Before entering the most holy place of the temple the priest would wash his hands and feet. Jesus also washed His disciple’s feet during the last supper. What was the important spiritual message taken from this?

He has washed us with water through the Word to present us to himself as a radiant church, without stain or wrinkle or any other blemish, but holy and blameless.

What are the four questions that the youngest child asks during the Passover?

Explain in your own words what the three matzah breads mean. And what does the Afikomen illustrate about Jesus?

The three pieces of unleavened bread represent the Father, Son, and Holy Ghost. The middle piece represents Jesus Whose body was broken for us. When one of the pieces if wrapped in a linen cloth and hidden away, I’m reminded of the death and the burial of our Lord. He is then found again, just as He was that morning He rose from the dead. 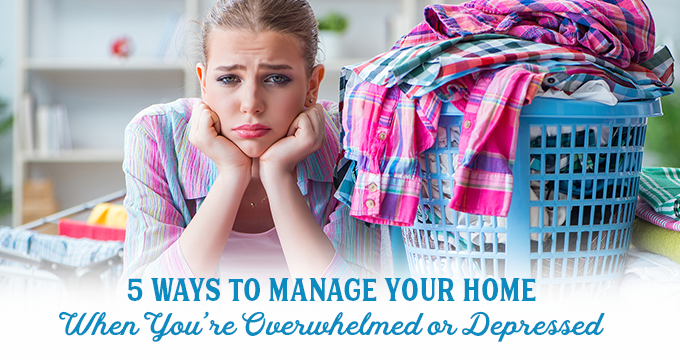 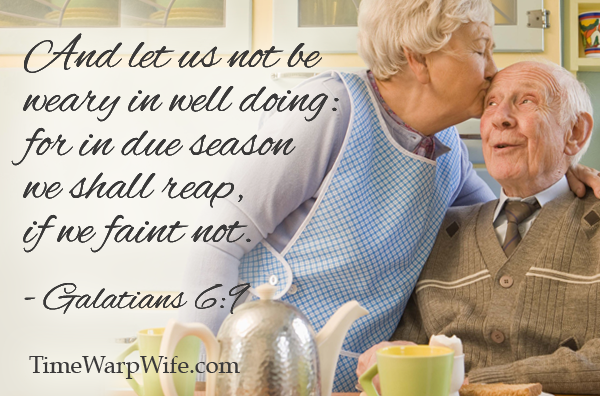 You Probably Sang it in the 80’s–a Lot 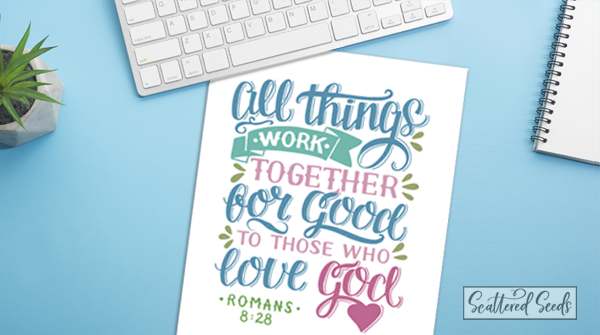 Daily Devotion – Everything Works Together for Good