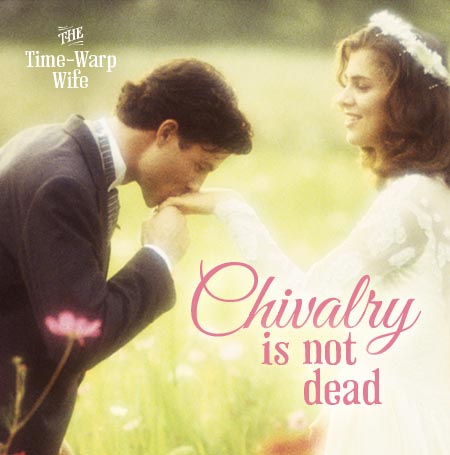 Though many will say that chivalry is dead, let me assure you it’s not–yet. It’s alive and well, and evident in the lives of many men who are devoted to God and their wives.

I could talk about my husband who’s a gentleman in so many ways and I often do, but an incredibly unique man, who’s the poster-boy when it comes to chivalry, is my brother-in-law, Jerry. Today I’d love to tell you more about him!

Jerry has been married to my sister for 28 years, and his charm hasn’t waned even slightly over time. The same gentle and caring man that she met is the same man that she wakes to every morning. Let me show you:

His acts of chivalry:

Many of the virtues listed above, Jerry does for all women, but moreso for his wife. I know because he opens car doors for me and carries my packages every single time I’m around.

His acts of kindness:

Jerry grew up in the ’60s when being a gentleman was the style of the day. It wasn’t only common, chivalry was expected of men. Men opened doors for their dates, pulled chairs out for women, walked on the street side of a walkway, and waited until a lady was seated before they plunked down in a chair.

This behavior reflected that of valor and strength, but it also reflected the heart of a servant, which we see in the life of Jesus Christ:

Let this mind be in you, which was also in
Christ Jesus: Who, being in the form of God,
thought it not robbery to be equal with God:
But made himself of no reputation, and took
upon him the form of a servant, and was
made in the likeness of men.
~ Philippians 2:5-7

So what does this have to do with me? With us? With moms who are reading this blog? Much.

First of all, let’s start celebrating the men in our lives who are incredibly-wonderful men. There are plenty of them out there, and if you’re anything like me, you might be getting tired of the way our media tends to present them as lazy, thoughtless slobs. When did this start? And why do we let it continue? I know a lot of men who are hard working, sensitive, and care a lot about their family.

Secondly, we are raising the next generation of men and women. If we want our boys to be kind and considerate, then we as moms need to teach them how to not only respect themselves but to respect women and children as God would have them to do.

God has instructed men to love their wives as Christ loved the church and gave himself for it. Let scripture be our guide in raising these little men, and let’s not forget the important role of servant-hood when teaching them virtue.

Here is an interesting article that I pulled from Wikipedia when searching for the origin of chivalry. We see that it represented men of valor, virtue, and courage–all things I want my boys to grow up to be. These duties of knighthood double as a great guide for bringing up boys!

Chivalry is a term related to the knighthood of the middle ages and is often associated with the virtues a man exhibits as an expression of his loving protection of women.

When examining medieval literature, chivalry can be classified into three basic but overlapping areas:

Want to join in the discussion? Tell us how awesome your husband is. Not feeling the “awesome” so much? I’m sure that there are some qualities to be admired in every man. We’d love to hear what they are! 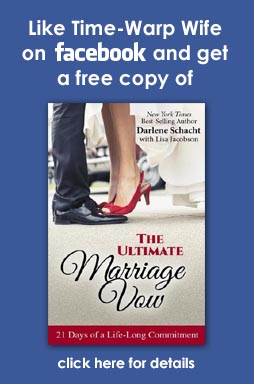