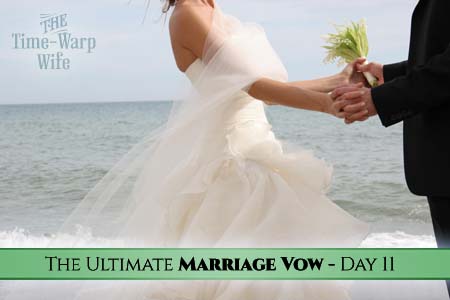 Ask me to write a poem, and I’m lost. Seriously. I wouldn’t know a good poem if it was staring me in the face. On the other hand, my niece Stephanie is an incredible poet. At least I think she is. I’ve never known enough about poems to tell for sure, but she puts pen to paper and off she goes creating beautiful words. The fact that she does it with ease tells me she knows what she’s doing.

A few years ago, she told me they were having an “open mic night” at a bookstore downtown, and asked me to come along.

Why not? I figured it would be a fun way to spend an evening with her. The only problem was that it wasn’t exactly fun. It was kind of boring to be honest with you. Every writer had about 10 minutes to read while the rest of us spent the time picking at hang nails, surveying the crowd,  and counting the number of chairs in the room–anything to keep us from falling asleep.

The only people who seemed to be enjoying themselves were the ones standing up at the podium. One by one they took their place up on stage excited to share their words with the world. Once their ten minutes of fame came to a close, they had a few of their own hangnails to pull.

Later that week, I asked Stephanie why she hadn’t stepped up with the rest of the writers. Why didn’t she read her poems?

Her answer is one that stuck with me…

She said that she used to be a big part of that crowd, but what she realized after a while was that everyone was there to be heard, but few came to listen. She made a choice that she wanted to give herself to the art instead of taking something away. Sounds like a true poet to me.

Wherefore, my beloved brethren, let every man be swift to hear, slow to speak, slow to wrath. – James 1:19

It’s true to life too, isn’t it? While most of us want to be heard, few of us take the time to listen as much as we speak. Sure I listen, but to tell you the truth most of the time that I’m listening to someone, I’m thinking about what I’m going to say next.

It’s hard to “hear” when you’re not listening isn’t it?

We had a friend once who had the gift of listening. Did you know that was a gift? Neither did I, but I’m calling it one today, okay? We could be in a room full of people, but as soon as I opened my mouth to speak he leaned in, focused on what I was saying, and hung on every word that I said. Not just me, it was my husband, it was our friends–it was anyone and everyone that wanted to talk.

I’m not so gifted, which is why I have to exercise myself in this area.

Stopping to listen to someone with both ears, is a way of showing compassion. It tells them that you care about their words. Whether they have good news to share or they’re looking for a listening ear, what they’re really wanting from you is someone who’s present in the moment. What they need is someone who values them enough to consider their words.

When Michael and I used to talk–in the early years of marriage–I didn’t understand what he needed from me. My idea of listening to him was searching for a solution, before having my turn on the soap box.

Some days he’d tell me about a bad day at work and by the end of the conversation we were both more frustrated than we were at the start.

It wasn’t until he finally said to me, “I just need you to listen to me. That’s all. I’m not looking for a magic solution–I just need my wife.”

And so when it comes to our marriage, listening has become a part of my vow. My goal is to listen to him and to consider his words, before I speak an encouraging word.

Lord, teach me to be present in the moment, so that I too might bring a gift.

The Vow: To Listen in the Best Way I Know How

The Challenge: Practice listening with both ears. Let go of things that are on your mind so that you can  be in the moment.