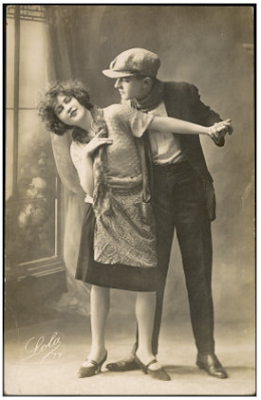 I just started reading your blog, Time-Warp Wife, a few weeks ago, and I absolutely love it. I applaud you for a statement of faith that shouts biblical truth rather than one that is sensitive to the voice of the world.

I wanted to write you to tell you how things are changing in my life, or better said how I’m changing. I’m a mom to three kids, and we’ve been married for 8 years. My husband and I have a great relationship for the most part. We’re both Christian and we really don’t fight all that often, BUT in the last couple of years I felt like something has changed. Maybe it’s because we’re in the trenches of parenting, or maybe it’s because we’ve gotten used to each other, I’m not sure. But I do sense that something is lost, and that makes me sad. I know that marriage won’t be as it was when we were [first] married because we have responsibilities, but I was really longing to bring something back.

I’ll get to my point… a few weeks ago I came across an article that you posted on another blog, “Regaining Sight of His Character.” Actually I think that’s how I landed here in the first place. Something you said stood out to me:

You said that it can be difficult at times to think highly of our husbands when “we’re frustrated that our man isn’t quite the prince charming we met years back in Wonderland. Bottom line is that in most cases, he hasn’t changed–our perception of him has.”

So I started to wonder if maybe it was ME that was changing, and thought I’d try out a few of the ideas you shared. I didn’t go overboard, but I started to notice the little things he was doing, and biting my lip rather than nitpicking so often. Truth be told, I was nitpicking a little more than I realized!

So, it’s been about a week and a half now, and I’ve already noticed a change—in both of us. We had a great week, and an awesome weekend!

And then I read this scripture in Matthew chapter 7:3-5 today, and thought it went along with the message so well:

I have known that piece of scripture forever. I teach it to my kids, and I thought I was doing my best to live it, but I wasn’t applying that same idea when it came to my marriage.

He’s still the same guy he always was, but my expectations and dreams were clouding my view. Yay—I’m finally getting it!

Thanks for your words of encouragement, and like I said, I’m loving your blog.

Your Sister in Christ,

That’s exactly what I’m talking about. Acceptance doesn’t mean that we lower the bar when it comes to our level of standard. But rather that before we start in on the bad habits or failures we see in our spouse, we view our own life against a standard of perfection to see where we lack.

Changing ourselves is such a difficult task, changing others is an impossible one.

« Welcome to Evangel Chapel
God’s Wisdom is Greater Than Ours »