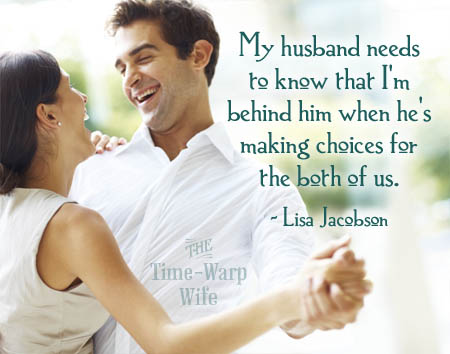 My heart fluttered when I opened the email.

My husband and I had been invited to an important dinner – one of those “by-invitation-only” sort of affairs. Privately, I’d been hoping that we’d be included as there were a number of well-known names attending. People I’d only read about, but never met.
Let’s just say that I was pretty excited about the prospect of sitting down with them at a dinner party.
Okay…really, really excited.
So I could hardly wait to announce the Big News to my husband. “Woo-hoo, Babe! You’re never gonna guess….” And he didn’t. So I told him.
“You and I have been invited to the Annual Dinner!!”
For some reason, he’s not at thrilled about these things (I don’t get out much). But he seemed even less-enthusiastic than usual.
At that point he reminded me that we’d already made plans for a barbecue that same evening with another group of friends. You know, everyday, ordinary friends (and, yes, the best kind).
Hmmm… thought about that. Then came up with the perfect solution: we’ll cancel our plans with them. Ta-da! Problem solved.
Except for one thing.
My husband is a man of his word. He’s one of these guys who “swears to his own hurt and does not change” (Ps. 15:4) and usually I admire this about him.
But not this time. This time he was swearing to MY hurt. And I didn’t appreciate it nearly as much.
We talked the dilemma through and he said he’d think it over. I was confident that he’d be reasonable and see my heart was definitely set on this party.
So you can well imagine my disappointment when he later gently, but definitively decided we should decline the Annual Dinner invitation. Umm… that would be disappointment, bordering on devastation. NOT a happy wife.
Now it was my turn to make a decision: to follow his lead or pull against him. To make a fuss or to get happy.
In this case, it meant following him to a casual barbecue instead of a gala dinner event. It meant old blue jeans instead of a new evening dress. And it meant choosing the ordinary over the extraordinary.
But mostly it meant trusting his decision even when I completely disagreed with him.
My guess is that I’m not the only wife who’s found herself in this position. Because even though we might want to follow our men, we’re not always too pleased with where he’s taking us. Sometimes we might even out-and-out disagree with him.
Perhaps it’s because we believe we see clearer or know better. Or maybe that we’re more realistic or more sensitive. At other times it simply feels like we’re giving up our own dreams and desires – for his. The world tells us that it shouldn’t be like this, that we shouldn’t have to let go or give up anything.
But that is not necessarily what the Scripture says.

Let each of you look out not only for his own interests, but also for the interests of others (Phil. 2:4).

So the Christian wife will likely find herself in a situation where she does get to let go and she does give up. And she can do it happily with her heart – or begrudgingly with her arms crossed. Willingly and freely. Or not. It’s up to her.
While I’d say my husband and I mostly make decisions together, there are moments when he decides for us. At times I find this easier than others (like when he elects to pick up mint-chip Hagan Daz ice-cream, for instance). Other times I find it much more challenging (like missing out on the Invitation of The Year). Yet my husband needs to know that I’m behind him when he’s making these choices for the both of us.
In case you can’t help wondering? Yes, I did miss out on the Grand Dinner Event. In the end, I slipped on the old blue jeans, slipped my arm into his, and together we enjoyed a burger with our lovely, everyday friends. A pretty good place to be, don’t you think?
Where he leads, I will follow.