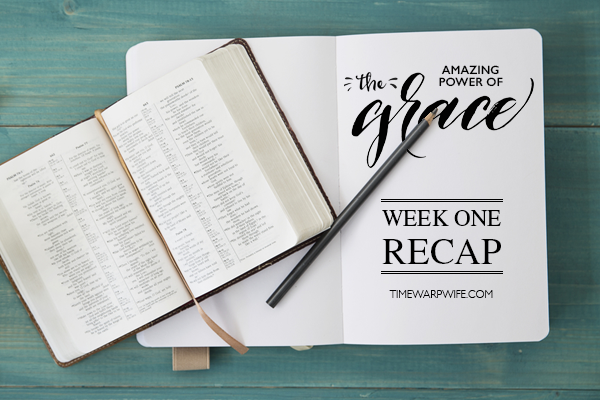 Have I ever mentioned that I LOVE LOVE LOVE studying the Bible?! It’s incredible how many different ways God teaches me, each time I open His Word. This week was fun and intriguing. As I read, I started to notice that the more self absorbed we become, the less we exercise grace. A self-centered life holds onto anger and pride. It takes more than it gives and hates before it forgives.

Grace is the opposite. When we offer grace to another we’re not thinking about ourselves. Instead of taking, we’re giving. Instead of hating we’re loving. Instead of keeping score, we’re forgiving… Grace calls us to open our hearts and to reach out our arms.

I don’t know where God will lead me with those thoughts this weekend, but I’m interested to find out.

Here’s my recap for the week. Don’t forget to pick up your coloring page below! And come back on Monday for another one! 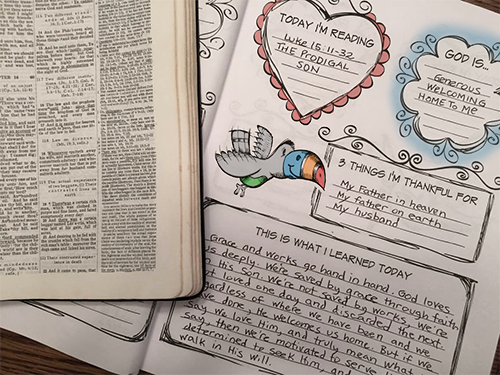 In the parable of The Prodigal Son, I couldn’t help but notice the polarized attitudes of the two brothers.

One came to understand the power of grace, after he understood the depth of his sin. He knew where he had been and what he had done, saying, “Father, I have sinned against heaven, and in thy sight, and am no more worthy to be called thy son.” (Luke 15:21)

The elder son, as good as he was, failed to understand grace. He saw the love and respect of his father as something to be earned. “And he answering said to his father, Lo, these many years do I serve thee, neither transgressed I at any time thy commandment: and yet thou never gavest me a kid, that I might make merry with my friends.” (Luke 15:29)

The latter represents the self-righteous among us–those who believe that being good is good enough. They feel that salvation is earned by good behavior and a long-standing commitment.

As I was digging deep into this study, I came across this quote by Timothy Keller.

“Neither son loved the father for himself. They both were using the father for their own self-centered ends rather than loving, enjoying, and serving him for his own sake. This means that you can rebel against God and be alienated from him either by breaking his rules or by keeping all of them diligently.”
― Timothy J. Keller, The Prodigal God: Recovering the Heart of the Christian Faith

Grace and good works go hand in hand. God loves us deeply. We’re saved by grace through faith in His Son. We’re not saved by works, we’re not loved one day and discarded the next. Regardless of where we have been and what we have done, He welcomes us home. But if we say that we love Him, and truly mean what we say, then we’re motivated to serve Him, we’re determined to seek Him, and we’re eager to walk in His will. 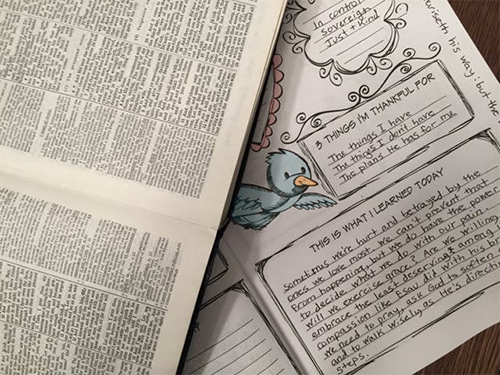 In Genesis 25:23 we learn that the Lord had already made a decision before these brothers were born. The older brother would serve the younger, which went against their custom and family tradition.

Still, in chapter 27, it was difficult for Esau to accept the reality that his birthright was deceitfully taken away from him and given to his younger brother Jacob. Esau was angry and wanted to kill Jacob.

Jacob was deceitful in taking the birthright in the way that he did, there’s no denying that. But here’s the thing, regardless of how this all came to be—God’s plan was unfolding.

Proverbs 16:9 tells us, “A man’s heart deviseth his way: but the LORD directeth his steps.”

We assume, and we plan, and we dream, and we hope… but God chooses our path. He opens doors, and as frustrating as it is at times, He closes others.

What I learn from these two brothers, is that I’m right where God wants me to be. Life isn’t “fair,” but it’s wisely conducted by God. There will always be people who God chooses to bless—people He puts ahead of me—those upon which He bestows talents and gifts that I only wish I could have.

And so I need to practice being thankful for others as much as I give thanks for myself. I need to trust that God is at work.

I also learned something about handling pain…

Sometimes we’re hurt and betrayed by the ones we love most. We can’t prevent that from happening, but we do have the power to decide what we do with our pain.

Will we exercise grace? Are we willing to embrace the least deserving among us with compassion like Esau did with his brother?

Sometimes there’s a need for boundaries. Family members can take advantage of us, friends can hurt us so badly that we’re wise to have distance. We don’t always know how to handle our pain, let go of our hurt, and walk wisely in grace. We need guidance and help.

We need to bring our pain to God in prayer, ask Him to soften our heart, and to help us walk wisely as He’s directing our steps. 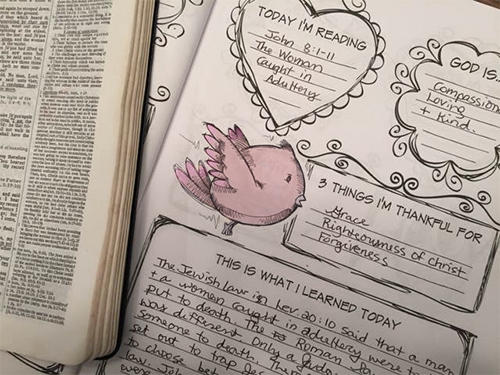 The teachers of the law and the Pharisees brought her to Jesus hoping to trap Him.

The Jewish Law in Leviticus 20:10 said that a man and a woman caught in adultery were to be put to death. The Roman law however was different. A person was to face trial before sentenced to death (we see a glimpse of this in John 18:31). Therefore, the Pharisees set out to trap Jesus hoping He would take a side.

They wanted him to choose between Roman Law and Levitical law, which would set one side or the other against Him.

John 11:45-48 tells us that the Pharisees were concerned because people were starting to believe that Christ was the Messiah. If that happened, the Romans might see Him as a threat, set themselves against the Jewish nation, and take away their privileges.

Instead of falling into their trap, Jesus used this opportunity to illustrate grace. And while He didn’t condone her sin, He reached out with compassion and mercy.

The Pharisees were more concerned with being right than they were with exercising compassionate. They didn’t care if this woman had a fair trial or not, all they cared about was their pride.

Being “right” will often stand in the way of compassion, which is why it’s important to walk humbly in service to God.

When we share truth with compassion and grace, we show the love of God in our hearts. 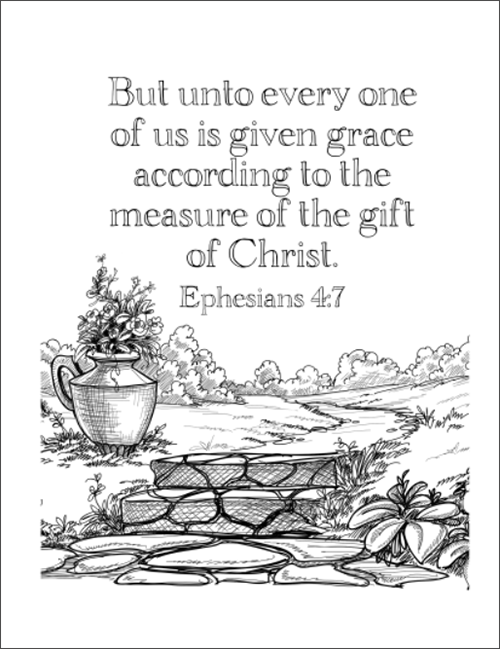 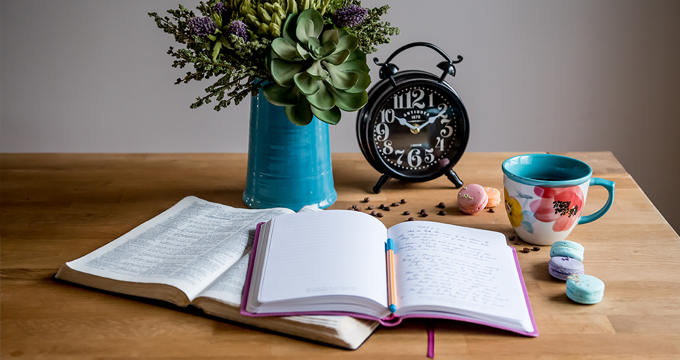 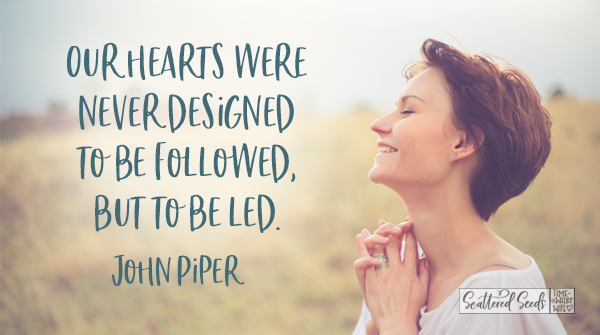 Daily Devotion – Guarding Our Hearts With All Diligence 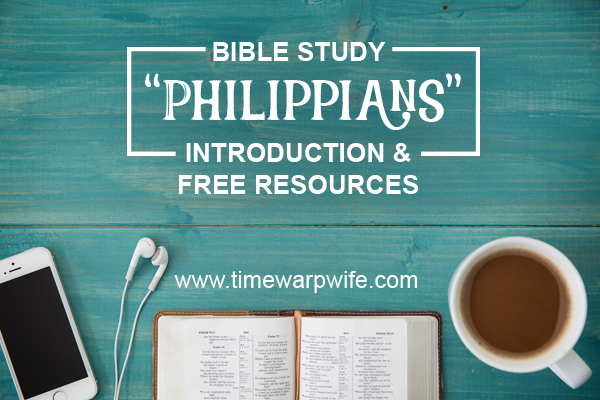