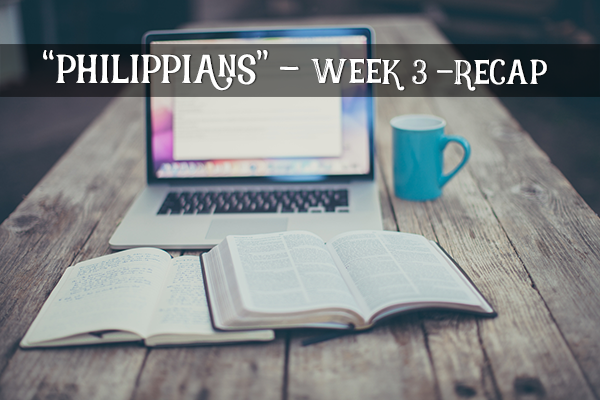 Here’s my recap for the week. Don’t forget to pick up your coloring page below! And come back on Monday for another one! 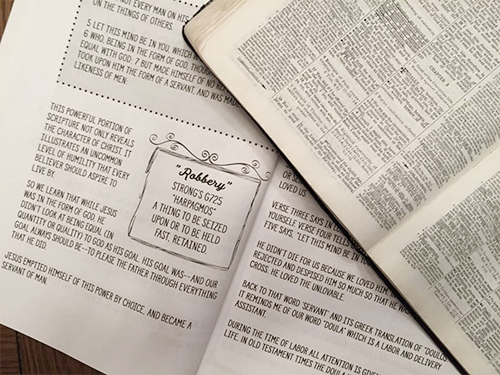 This powerful portion of scripture not only reveals the character of Christ. It illustrates an uncommon level of humility that every believer should aspire to live by.

So we learn that will Jesus was in the form of God, He didn’t look at being equal to God as His goal. His goal was (and our goal always should be) to please the Father through everything that He did.

Jesus emptied himself of this power by choice, and became a servant of man.

It’s interesting that the word “servant” (doulas, Strong’s G1401) is “devoted to another to the disregard of one’s own interests.” Here’s why that’s important:

Love should go both ways. And when it does it’s a beautiful thing. But our focus never should be one of reciprocal love. We become a servant of man for the purpose of pleasing the Lord. We don’t love others because they love us back, we love because God first loved us.

Verse three says “in lowliness of mind esteem others higher than yourself.”

Verse four tells us to look on the things of others. Verse five says, “Let this mind be in you which was also in Christ…”

He didn’t die for us because we loved Him. In fact, the world rejected and despised Him so much that He was nailed to the cross. He loved the unlovable.

It’s important to walk in humility for several reasons.

God gives grace to the humble and resists the proud. (James 4:6)

Pride leads to destruction. It follows the heart and every emotion it dictates. It holds onto anger and hate. It stews in resentment and wrath. Humility on the other hand, chooses the wisdom of God. It makes good decisions that are grounded in wisdom and truth whether they are comfortable or not.

The Bible tells us that Pride goeth before destruction, and a haughty spirit before a fall. (Proverbs 16:18)

When we empty ourselves of everything that we are, we leave ourselves open to God’s direction and guidance. And when we serve as Christ served. We reflect the love of God in our hearts. 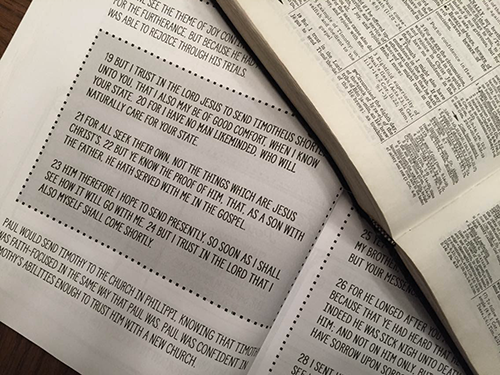 Veering slightly away from the book of Philippians, I took a closer look at Timothy. I thought it was important to study him, since Paul mentioned him in chapter 1 and again in this chapter, when he told them that he would be sending Timothy to the church shortly.

In Acts 16:1-5 we learn more about Timothy: He was a disciple of Christ (not to be confused with one of the 12). His father was Greek and his mother was Jewish. He was circumcised by Paul, and he travelled with Paul.

The reason he wasn’t circumcised as a child is because his father wasn’t a Jew and so it wasn’t imposed upon him. I get that. What left me wondering however, was why Paul circumcised Timothy (or had him circumcised), when in Galatians 5:2 he says: “Behold, I Paul say unto you, that if ye be circumcised, Christ shall profit you nothing.”

I wanted to clarify that. Not merely for my own curiosity, but for a deeper understanding of the next chapter where Paul writes about circumcision.

Matthew Henry explains it well in his commentary. He writes:

“Timothy was a man likely to do a great deal of good among them [the Jews], being admirably qualified for the ministry, if they were not invincibly prejudiced against him; and therefore, that they might not shun him as one unclean, because uncircumcised, he took him and circumcised him. Thus to the Jews he became as a Jew, that he might gain the Jews, and all things to all men, that he might gain some. He was against those who made circumcision necessary to salvation, but used it himself when it was conducive to edification; nor was he rigid in opposing it, as they were in imposing it. Thus, though he went not in this instance according to the letter of the decree, he went according to the spirit of it, which was a spirit of tenderness towards the Jews, and willingness to bring them off gradually from their prejudices.”

– Matthew Henry’s Commentary on the Bible

This is why we have two days for every portion of scripture we study. I want us to be curious about the Word of God. I want us to be hungry enough to follow trails when we see them, and learn things we might have otherwise missed. I want us to allow God to lead us in any and every direction He chooses, as we dig into His Word and discover His truth. 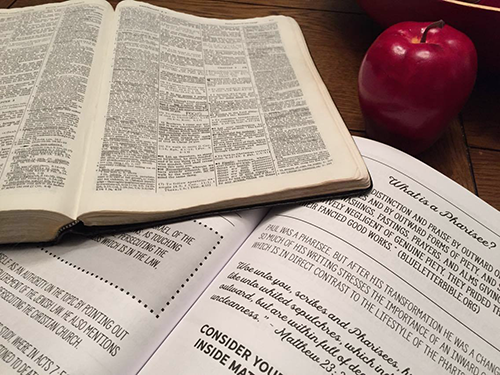 In this portion of scripture, Paul warns the church to beware of false teachers who were still insisting on keeping the Levitical law, including the practice of circumcision.

Circumcision in itself wasn’t the issue, but rather those who put their confidence of salvation in it thinking that their works would save them.

Circumcision doesn’t save a man. It was part of the Levitical law of the Old Testament, and a shadow of things to come. But when Jesus died on the cross for our sins, He fulfilled that law, He became our righteousness, and made a way for both the Jews and the Gentiles to come to salvation.

Circumcision was a Jewish tradition that represented the cutting away of our sinful flesh. Those who walk in the Spirit follow truth. They cut away (spiritual circumcision) anything that keeps them from following God.

Paul writes, “But those things that were gain to me, those I counted loss for Christ.” – Philippians 3:7

He was willing to leave behind anything that stood in the way of his faith so that he would be faithful to God.

In Matthew 22:8-14 we find the parable of the wedding feast. The garments represent the righteousness of Christ that is freely given to all. One guest however was without his garment. He represents those who think that being good is good enough, and those who put their confidence in the flesh, assuming that salvation is earned. 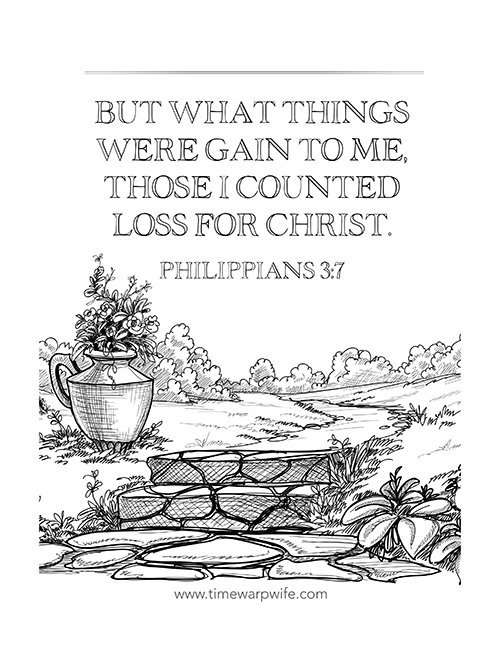 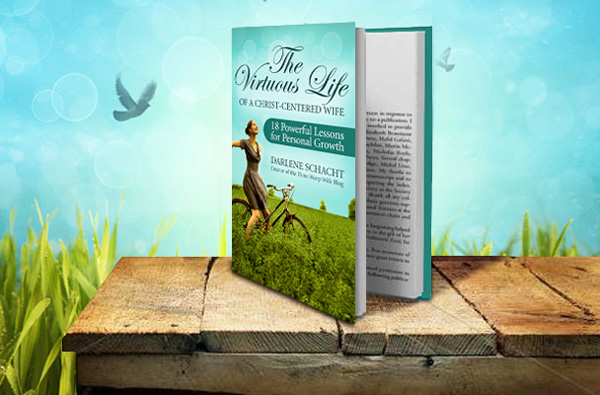 My New Book: The Virtuous Life of a Christ-Centered Wife 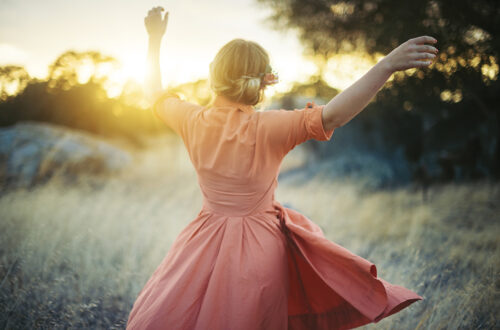 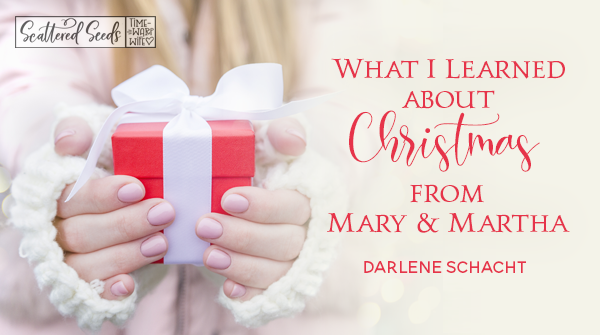 Daily Devotion – What I Learned About Christmas from Mary and Martha